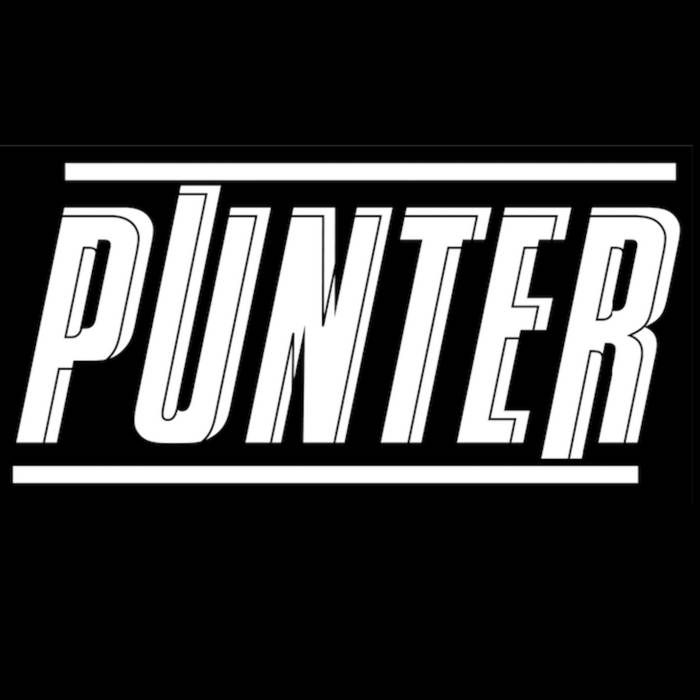 “The influences can broad at times…I wanted the band to have the rhythmic qualities and aggression of the kind of hardcore that SCAB EATER (Ed: Another Melbourne punk band the guitarist plays in that is currently on hiatus) play, but applied to the sounds of late 70s UK punk. That's everything from MENACE to THE JAM, EDDIE AND THE HOTRODS plus all the obvious stuff…the hardcore sounds found in there I guess could be linked back to more stompy stuff like current US east coast hardcore bands…other more minor influences include 80s UK bands like EXTERNAL MENACE and THE BLOOD, plus classics like MOTORHEAD and ACDC...
It’s stompy hardcore with cleaner guitars and catchy melodies, but retaining the same aggression (as Scab Eater), like a heavier approach to classic UK punk...
Punter is like a hardcore band disguised as a rock band. The idea is to play everything as hard as possible, to make things sound tough and rude even when they would normally be powerpop riffs or whatever…”

Payin' out the arse, livin' by the book.
Snitch phone hotline, ringin' off the fucken hook.
Don't think too hard, you earn enough.
Off to Bali every other month, with your spoiled rotten fucken children,
but how long will the money last?
Watch your kids growin' up getting given the shaft.
Yeah I reckon one day it'll go real fast.
(Good bye) - There goes the dole.
There goes the minimum wage.  They gave it to you.
And they can take it away.
Armed forces, flogging dead horses.
It's lockdown. Fucken lockdown.
Track Name: Safe In The Bubble
Safe In The Bubble

Hysterical, jargonistic fit.
Sanitized social circle bit.
Strapped down to the throne on which you sit.
And given praise for every dummy that you spit,
as you give the undesirables the flick.

Because you're safe in the bubble.  Safe in the bubble.
You don't wanna rock the boat, won't make any trouble.
With your dogmas collapsing, I wait for the rubble.
Watch you running and ducking for cover on the double, yeah.

Puritanical purge from the Left, is sure to only galvanise the Right.
But you go on mate, go and get it off your chest.
Sit back and wait for all the fish to bite.
It's what they'll do just to keep out your line of sight.

Chuck a piss up at grave site.  Beach front offense.
Jaeger bombs scream over head, hear the sound of the jet ski corps.
Chip off the ol' block, gunning pushie through the grid.
Monoculture, servo sunnies, can of Monster, pack of durries, fucken little shit.
Remember the martyr, laid down his life at Gallipoli
For prepackaged communities, stretched out as far as the eye can see,
it's Chemist Warehouse and Michel's Patisserie,
rendered brick and tin roof, mate.  Forever.

House party in the suburbs, busted up by the dogs.
Coppers on horseback, cunts chuckin' rocks, Public Order Response.
Rising cost of ciggies, got your heart full of dread.
Kids kickin' holes in the walls of a derelict Asbestos shed.
Remember the martyr, laid down his life at Gallipoli
For Drum 'n' Bass and Ecstasy, Britannia's dear memory,
yeah, now how's the serenity? We'll send the ships back to the sea,
Herald Sons and Daughters sing with me:

I made a promise early on never to hide my distain.
I spent most arvos hanging out and throwing rocks at the trains.
And everybody saw potential if I'd just use my brains,
instead of running my mouth, or fucken swing my fists.
So many ways I had it easy but to that I was blind,
'coz I was way too busy getting punched out time after time.
And every body all around me got a piece of my mind.
I was a nasty little fucker with a big axe to grind. Look out.

Nah, I wasn't nice to the girls either.

Yeah, kids are arseholes, and I was no different.
And sometimes now I can see the irony.
But the question that remains - did I really ever change?
What will it take, to make it stick?

Bandcamp Daily  your guide to the world of Bandcamp